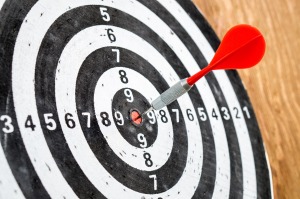 Esports come and go as years pass. While some staple genres stick around, such as shooting games and strategy games, most will eventually collapse at the hands of a new up-and-coming title with promising mechanics (like Mordhau!). For some of you, it might not matter whether or not Mordhau becomes an esport. After all, esports are created by the community, not the devs (consider Super Smash Bros. Melee, which is still going stronger than ever after a decade without developer support).

That said, the devs can do a lot to help bring a game into the public eye. Considering the lasting popularity of Chivalry and the emergence of community-organized tournaments, this genre clearly has the potential to go much farther than Chivalry if given proper support. However, in order to do that, Mordhau’s team should carefully consider the competitive experience from the perspective of ordinary players first.

Keeping players in a state of mental flow is a constant challenge for every developer. To maintain constant engagement while preventing players from feeling overwhelmed or burned out is no easy feat. Like most other esports out there, the competitive scene is derived from the ranked ladder experience. The first step to creating a potential esport is to begin with a competitive solo queue ladder. Given that esports events will likely feature teams competing in best-of-3 or best-of-5 competitions, we should probably aim for solo queue games lasting approximately 20-30 minutes.

Although LOL and CS:GO have succeeded with higher average game times (between 30 and 45 minutes for LOL and maybe 40-60 minutes for CS:GO) these lengthy games create other problems. Players may underestimate the actual time it will take to complete a game (consider the rare hour-long LOL game or hour-and-a-half ranked game in CS:GO), forcing them to leave early. Plus, when games last a long time, you’ll be stuck with troll teammates for an even longer period.

This is why the Overwatch model seems ideal. The average game seems to last about 20-30 minutes and will rarely ever exceed 40 minutes. While this does come with drawbacks (close games feel much more rewarding to win when it’s been a long match), it also comes with plenty of benefits (brief losses feel much better than long, drawn-out defeats. Furthermore, most best-of-5 tournament matches tend to last about an hour-and-a-half with plenty of breaks in between.

If there’s any common ground between popular team-based esports like League of Legends, Counter Strike: Global Offensive, Starcraft, and Overwatch, it would be the ability to build a lead over your opponent. In most of these games, killing opponents and completing map objectives rewards players with numerical advantages that will give them a leg up in the next fight.

Although early leads can sometimes snowball into dominant performances that give opponents few if any opportunities to recover, most of these games still offer ways for players to surmount an enormous lead through superior play. These features not only create tension and make every fight meaningful, but also establish a storyline for each match. The greatest comebacks happen when the underdogs are behind on the scoreboard and outgunned/outmanned at the same time.

While Chivalry did not have many snowballing mechanics or competitive modes outside of community-organized events, it did include some means of capitalizing on moments of victory. You could argue that killing enemies at particular times would create split-spawns that could prevent opponents from engaging you with fair numbers. Furthermore, you could capitalize on your numbers advantage by reaching favorable positions for an ambush (I’m looking at you, level 50 MAAs) but this is a minor advantage compared to earning better weapons/armor from killing enemies.

What Mordhau needs – in addition to an automated matchmaking system for ranked play – is the ability to capitalize on advantages. For the sake of simplicity, let’s consider only a simple last-team-standing mode with 6 players on each team for now. If we take the LTS model from Chiv and combine it with CS:GO’s money model (which allows players to earn money and buy new weapons after completing objectives, getting kills, etc.), we can reward superior play and add strategic elements to purchasing decisions.

But, in a melee game where sightlines aren’t as important and instant headshots from across a hallway are less likely, the losing team may be overwhelmed too quickly on a flat plain by an enemy team sporting zweihanders instead of simple shortswords.

It’s difficult to reward winners for early successes while preventing them from achieving outright dominance. Given that the game’s lore revolves around bands of mercenaries, the money system does feel fitting. To keep it balanced, valuable items like zweihanders, mauls, tower shields, plate armor, helmets, and others could be exponentially more expensive than standard arming swords, bucklers, and chainmail vests. There’s one more added benefit to keeping players poor and unequipped: it let’s everyone see your personal customization choices – especially if helmets are expensive.

Alternatively, perhaps players could build up “ultimate charge” like in Overwatch, which would allow them to call in a horse after getting a few kills/winning a few rounds. Perhaps this cavalry would only be available for a single round, which would likely result in players saving it to combine with their allies for a strong push. Or, alternatively, a winning team could stagger their horses and play safe, using just one per round to maintain a constant advantage. We don’t know how powerful cavalry will be quite yet, but hopefully in competitive modes they will serve a rare but impactful role.